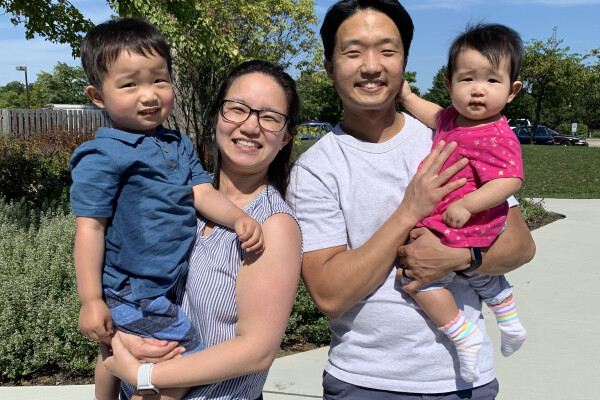 Sammy and Lann So have two young children. They’ve been part of the Northfield congregation since the beginning. Tom Yoon asked them if they would be part of the Vernon Hills launch group. They were planning on moving to Vernon Hills from Wheeling, but were concerned about where to attend church.

Northfield felt too far for them, and they really don’t know people from Arlington Heights. When they heard that we were opening a campus in Vernon Hills, they could hardly believe it. They were the first couple to commit to Vernon Hills. Sammy and Lann are just one example of the people who are excited about Vernon Hills.