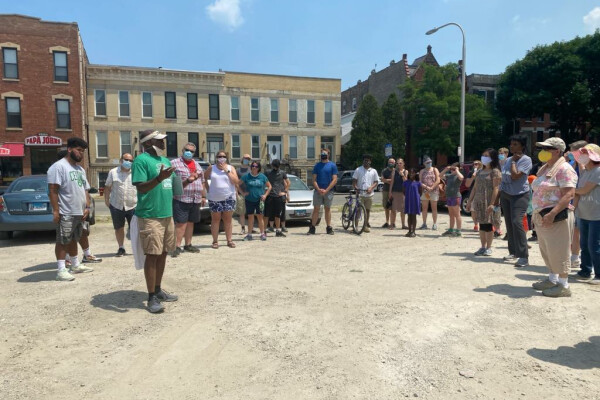 One night in June, a group of individuals and families, representing several locations of The Orchard, joined the Chicago congregation in a peaceful prayer walk through the Near West Side neighborhood of Chicago. Approximately 75 people walked and prayed the words of Psalm 67 as we cried out to the Lord for His grace, the advance of the Gospel in Chicago and all nations of the Earth, for gladness concerning the equitable judgments of our King and for the name of the Lord to be praised! During the prayer walk, a sergeant from the Chicago Police Department’s 12th District pulled Pastor André Ballard aside to make a request. Every year on Father’s Day, many families get together in Touhy-Herbert Park for celebratory expressions over BBQ. But later in the evening, violence tends to break out between rival gangs. Pastor
André was asked if he would be willing to come to the park at 6:30 p.m. and pray for peace. He was glad for the opportunity to pray in the community for the community.