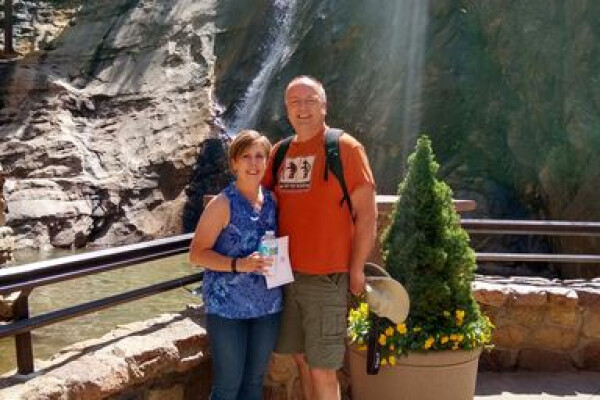 In October 2018, we were driving through Long Grove and saw a sign for a house for sale. We had been living in Arlington Heights for 19 years, firmly plugged into the community and The Orchard Arlington Heights. We weren't looking to move, but our curiosity drove us to look it up online. We couldn't find that house but stumbled upon a house that intrigued us. So, we called our friend, a realtor from church, to go see it. While we contemplated that house, another house came on the market near Vernon Hills. We thought it would be "fun" to check it out. After much prayer, we decided to put an offer in. However, the house was over our budget. We decided to pray about a price, and if we both came up with the same price, we would go forward. After a day of prayer, we came up with exactly the same value we were willing to pay. Given the price was significantly below the market value, we felt only God could work this out.

We made the offer and waited. They countered, and in spite of being tempted, we stuck to our price, feeling that it was truly God's price. We went to a dinner for Set Free Ministries that night, knowing the Lord would work it out one way or another. Our realtor was also there and, halfway through the dinner, walked over to us and told us the offer was accepted!

After the initial excitement, a bit of panic set in, and we really weren't sure why God was working this out! And we hadn't even listed our Arlington Heights house yet! What were we thinking? But things worked out, and we closed on the house in December.

In January, we listed our Arlington Heights house, and we had 11 showings the first weekend, even though a snowstorm hit that weekend. We received three offers, getting more than we asked, and closed a month later. We were clearly following the Lord's will, but we didn't know why.

Two months later, Neal's company moved his office from Northfield to Mundelein, just 10 minutes from the new house. Once again, more confirmation that this was the right move. One thing that kept weighing on us was the fact that we had to drive 25 minutes to get to church. Why would the Lord move us away from the church we had been at for more than 25 years?

A few months later, we were sitting in church, and the announcement came that we would be launching a congregation in Vernon Hills. Now it became clear! We looked at each other and both declared at that moment that we were going. Only He could coordinate all of the events of the previous nine months that led us to move near Vernon Hills.