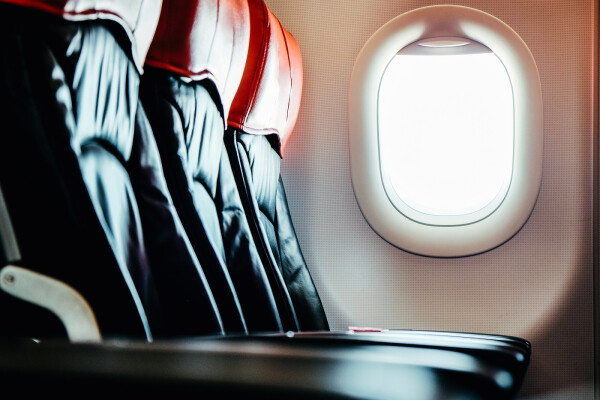 On a recent flight home from Virginia, I prayed that the Lord would seat me next to someone I could share the Gospel with. Once on the plane, a guy in his thirties with tattoos and a mohawk asked if he could sit next to me. We exchanged a few words, and he pulled a book out of his backpack. I asked what the title was, he said, “Hyperion by Dan Simmons” and told me how excited he was about locating it in a used bookstore. The lady in front of us turned around and said, “I love that book!”. I prayed and was reminded of the power of asking questions. Thank you, Pastors Trey, Shohei and Tim for teaching that great class on Evangelism, such a great reminder, and so timely!

It was time to buckle our seatbelts and we settled into reading our books. Mine was on Evangelism, and as I read, I prayed, asking for direction. The Lord put it on my heart to give him one of the New Testaments I carry with me. I felt the engines pull back, so I put my book away and noticed that he was not reading but pondering with disappointment. I asked him how his book was; he said, “it was just a lot of people telling their stories.” Then I offered him a book I had with a lot of stories in it. He asked who the author was, and I said ‘God’.

The conversation opened as he told me he had a book of Psalms by his bed and that his father was a Methodist minister. He said, “I don’t know why, but I have this turmoil in my heart”. Then came a boldness that is unusual for me, and I said, “that is Satan trying to keep you from Jesus”. I proceeded to share the Gospel with him and as his eyes became wide like saucers, I knew he had heard the Gospel in the depths of his heart.